Before and After the Zone Diet & Crossfit

This was a hard post to do as I’ve actually not got that many photos of me from a few years ago, but here are 2 pairs of before and after photos, I’ll let you work out which is which! 😉

Both the before pictures are from 2006, before I’d heard of Crossfit or the Zone Diet, both the after are from 2008. Click the picture for a bigger version: 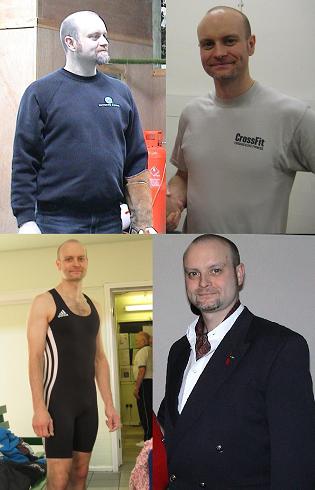