Why IVF Should Be Banned

Last week I had a relatively heated email “discussion” with my friends, which started as a result of the story last week on the Octuplets that were born on IVF. This so called “good news” story has started to turn bad when it was revealed that she was a single mother, who already had 6 kids under the age of 8 and lives with her own beleaguered mother (who has now threatened to move out). Even before the woman’s existing kids were revealed, I was appalled at how the story was being portrayed as a marvellous thing.

I have found myself in recent years thinking more and more about the cause of the world’s problems, and have come to the inescapable conclusion that the biggest threat to the human race is ourselves. Specifically our unfettered and seemingly limitless population growth. Certainly it has to be wrong to spend money on IVF treatment when there are starving orphans in the world already, no?   At the end of the day, the planet is only so big and has a finite ability to produce raw materials. It’s a simple logical jump therefore to realise that the planet can only cope with a finite number of people.  The big questions this conclusion raises are:

I used the word “optimum” rather than “maximum” deliberately to imply a quality of life component. Who wants to live but in squalor? What alarms me as a voter, is that I don’t ever remember someone in government ever mentioning what the right population size of the country is though? The obvious implications of this discussion are 2 extremely un-politically correct conversations:

1) How many kids should people have?
2) How much immigration should be allowed?

These are 2 massively emotive subjects. People get extremely animated when you mention the suggestion that they should put a limit on their procreation, as I found when I discussed this with my friends. Personally I’m coming to the view that anyone that has more than 2 kids is being at best selfish and at worst are behaving in a blatantly socially unacceptable way. It’s no surprise that this is an extremely unpopular view. God forbid I suggest as well that immigration is curbed. It occurs to me however that any conversation about population and immigration control is pointless, until you first determine what the ideal population of the country should be?

I was pleasantly surprised this weekend however, when I read on the news that Jonathon Porritt, who is chairman of the UK government’s Sustainable Development Commission, has said:

“I am unapologetic about asking people to connect up their own responsibility for their total environmental footprint and how they decide to procreate and how many children they think are appropriate,… I think we will work our way towards a position that says that having more than two children is irresponsible. It is the ghost at the table. We have all these big issues that everybody is looking at and then you don’t really hear anyone say the “p” word.”

It’s great to finally hear someone in gov’t actually having the guts to say it. We simply cannot continue to allow population to grow out of control. The first step must be to stabilize the population, and then direct it towards the considered optimal level. But what are those levels?

The great thing about the internet is that there is always someone out there who thinks the same as you, even if that is that Elvis is living on a B52 bomber on the moon! Well in this case, it’s not something so way out there, it’s the Population Matters organisation (formerly called the Optimum Population Trust), a UK based lobbying group who are greatly concerned, as I am, about over population and population growth. It was this graph that really got my attention: 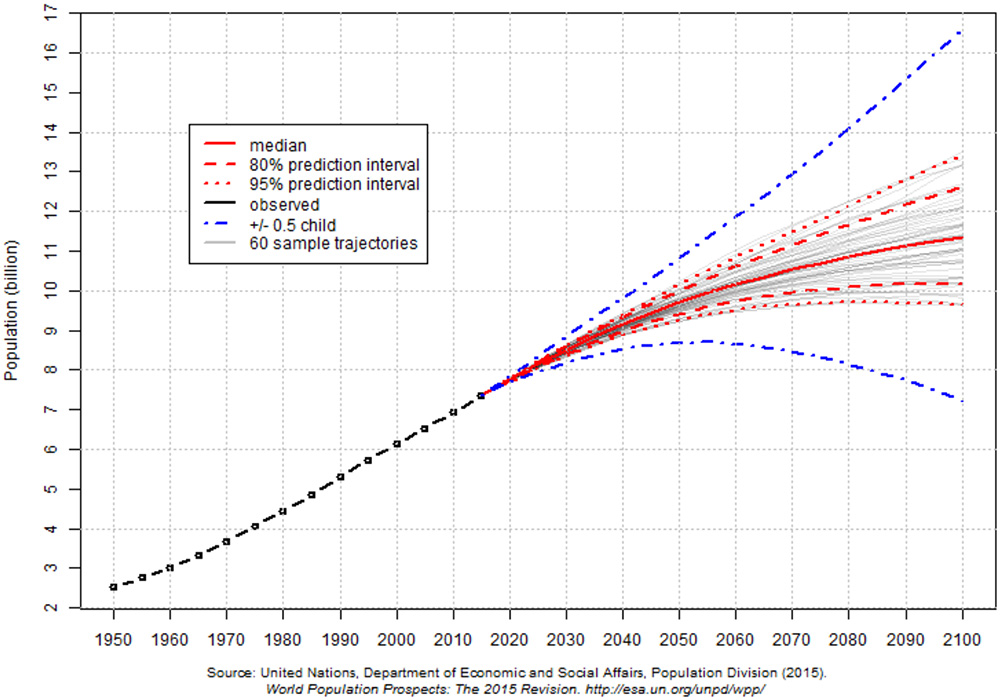 One of the arguments for a continued high birth and immigration rate are down to demographics. It’s argued that we need younger people and workers coming into the population, in order to help pay for an increasingly ageing population. I consider this to be a shockingly naive opinion, that attempts to manage the country’s finances by turning population management into the world’s biggest pyramid selling scheme. Basically a policy that can only succeed by providing an ever increasingly large number of new workers to support those at the top of the pyramid. The only sustainable approach is that the elderly become self sustaining.

What do you think?  Am I evil to say that the number of human lives should not increased without restraint or thought for sustainability?  This also brings in potentially even more difficult issues of how much money and resources should be spent on extending the life of the elderly, at the expense of the young…? But perhaps that’s a discussion for another time!  Either way, I’m interested in your opinion…