Home School: Is it ethical to kill soon-to-be zombies?

Some months ago we took the kid (aged 10) out of school. It’s a long and convoluted story that I won’t bore you with, but we’d become increasingly unhappy with the school she was in so decided to home school her for a while to see how we got on. Here’s an example of how things went the other day: 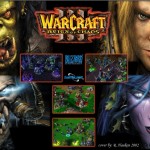 Last week I bought her the PC game Warcraft 3, a game I enjoyed playing a lot many years ago. I did this for several reasons, to be successful in the game you must learn and use some good skills that are important in life:

Good skills for anyone I’m sure you can agree, especially when done so under the pressure of battle! However there was another good reason to introduce my daughter to this game: it has an intriguing ethical story line.

In the story, the hero Prince Arthas discovers a whole city of his subjects that have been infected with the Blight; a disease that turns them into Zombies. A swift death is the only cure! The evil Mal’ganis is recruiting the undead to his cause, so Arthas must “cleanse” the city, which is ideally done before the citizens inevitably turn zombie and try to kill him. So the question which is a staple moral dilemma in many a modern zombie flick, e.g. 28 Days Later, is:

Is it ethical to kill a person who’s been infected with an incurable zombie ailment before they turn psycho?

If the answer is yes, would such an act be a crime? That lead to questions of what are crimes and where do crimes stop? 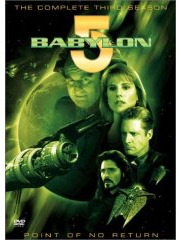 Then we had a whole conversation about thought crimes, which enabled me to bring in elements like the PsyCops of Babylon 5, and Judge Death of 2000 AD. Happy days! As evidence of her ethics class, I asked her to actually write down a list of 10 possible crimes, sorted by severity, with a line defining the boundary between an actual crime and a non-crime e.g. is borrowing something without asking (with the intention of giving it back) actually stealing?

I’m sure I’ve read somewhere that games aren’t educational and will rot kids brains! I contend that anything can be educational, when framed in the right context and with some thought from involved parents. Do you know what’s in the games your kids are playing? You too could enjoy talking about Zombies over breakfast!