The Greatest Engineering Feat of the Century 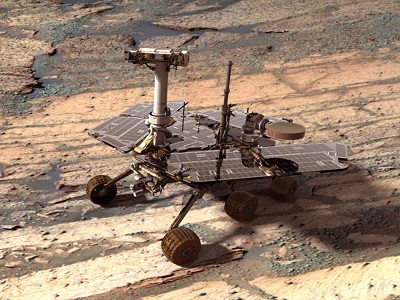 The Opportunity Rover on Mars is one of the greatest engineering success stories of the 21st century. Originally designed for a 3 month mission and still going 10 years later, it’s performed 40x longer than planned!

It’s saddening that a feat of engineering that in my mind equals that of say Brunel’s Clifton Gorge bridge, is not publicly recognised. Have you ever seen a show detailing it’s design or build? Do you know the names of anyone in the team that built it? The 10,000 word wikipedia page doesn’t even name the team involved in its design or construction, let alone any individual.

Actually that’s not strictly true, in the “Honors” section it says:

> “Honoring Opportunity’s great contribution to the exploration of Mars, the asteroid 39382 has been named Opportunity.”

And it then goes on to name 3 individuals: Ingrid van Houten-Groeneveld, Cornelis Johannes van Houten and Tom Gehrels, who found the asteroid. So yes the article does name some people, but they found a rock in space, one assumes the 39,382nd rock to be found in space!

But it doesn’t name a single engineer responsible for actually building a robot that flew to another planet and has spent 9 years and 3 months longer than planned, and certainly longer than anyone could have dreamed of, exploring it.

I know that engineers are not considered cool etc, but when something really remarkable happens, it’s a shame more effort is not made to recognise the achievement.

Next post: Detecting and Recovering a Hacked WordPress Blog

Previous post: How to Buy a House in 6 Weeks