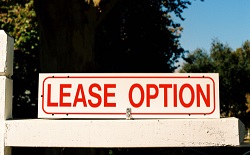 June has seen some good progress, having all but signed up the lease option deals on 3 flats in Bury, and had offers of a couple of others through approaching local landlords. I’ve also started a direct to vendor campaign and have been calling leads about their properties.

1) Lease Options – FINALLY! The 3 flats in Bury are a go. The vendor has agreed to everything and has signed the Head of Terms, and that’s now gone for formal contracts. We’ve also got the keys for 2 of the 3 flats (the other is still occupied by a tenant).

The down side is the flats are in a worse state than I originally thought, with leaks from the roof, a failed damp proof course, woodworm, and a broken fire alarm being the main issues. However, we’re off in the right direction, so I’m looking forward to some very good progress on this in next month’s update.

2) LHA HMO – The LHA HMO is now running at full capacity and bringing in £2,000 per month, although every fortnightly payment is still a faff, as payments regularly stop for one reason or another. E.g. just today I was chasing up the housing benefit (HB) for another one of my tenants that’s in jail.

He got 6 weeks inside so the HB was suspended, but should still be paid once they get confirmation that their release date means they’ll only be away for less than 13 weeks. Despite getting this, the benefit was still suspended and I had to appeal to the Housing Benefit Area Manager to get it correctly released.

I’ve also had to give my most troublesome tenant his marching orders. Being woken up at midnight on Monday by the neighbours moaning about the noise, because the police had been called to a domestic and were throwing people out, was the last straw.

Another tenant has been given his final warning, also for anti-social behaviour including noise arguments and more seriously, buying drugs on the drive!

3) Property Sourcing – There are 2 repo properties that I’m close to buying, as I’m offering exactly what the estate agent believes they’re worth, and slowly the asking price is coming down. I’m fortunate in that I have a bit of insider info as to the real value of them, but I’ll share that with you if one of them comes off.

I was lucky that the local council had sent out an email and accidentally exposed the email addresses of 160 local landlords… so it seemed churlish not to take advantage of this and email them all myself to say hello! 😉 From that I’ve had 5 good leads from landlords that are thinking of selling up, and negotiations are proceeding gently that may present some opportunities.

One such opportunity is a rent 2 rent / lease option, with advanced LHA strategy. I’m just holding off until next week’s summer budget, to see what the Chancellor does to housing benefit before I decide.

4) Private Finance – I’ve received a £100,000 payment from an investor this month, which is always nice, as it bumps up my ability to move quickly on bigger deals.

5) Commercial to Residential – I spent several days this month looking at an office that’s been empty for 8 years! The asking price has halved in that time and is down to approx £1,000/sqm. What got my attention is that the residential properties in that area are going for £2,000 – £3,500/sqm, so there’s a chance to sell for double – triple the purchase price, after a major refurb (£100k ish).

So on paper, the numbers really stack up, as there’s probably at least £100k profit in it. The issues with it are: it’s not in a great location; there’s no outside space; and the parking is a nightmare. I consulted someone whose opinion I trust and on their advice was:

“Who’s going to spend £1/2M+ on a property with no garden, poor parking and in a bad location, even if it is a large property, when there’s a very nice semi 100mdown the road that doesn’t have any of those problems for the same price?”

Well when you put it like that, it seems obvious! 🙂 As Susannah Cole says, always start with the end in mind: who’s your buyer and what are they looking for?

6) Direct to Vendor – I’ve also started a collaboration with someone on a direct to vendor campaign. Having got 20 initial leads I’ve been busy phoning them all, but it’s very much in the early stages, and I’m very much aware that my initial sales patter needs rapid improvement. Something I’m actively working on.

All in all, June has been a good month and I’m looking forward to what July will bring.