How Property Cost Me a 10 Year Friend 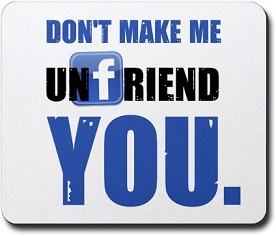 It’s time for my newly quarterly update on how things are progressing property wise. In this update:

You may remember that last update I mentioned that we’d had to evict the 2 tenants from the Bristol flats. Posting up about that has cost me a 10 year friend, who decided that he could no longer be friends with someone who boasted about evicting pensioners from their home. He made this declaration on his Facebook page and promptly defriended me.

I’ve known this guy for about a decade and we’ve sporadically visited each other as families, and whilst we do have wildly differing political and life views (he’s on the anarchist end of the socialist spectrum) we’ve always maintain a mutual respect and acceptance that different people think differently and that that’s ok. So his actions upset me on several levels:

First off, I was horrified that he’d got the impression I’d “boasted” about evicting pensioners. I’ve re-read my update and whilst I was pleased to get a resolution that worked for everyone and avoided the nastiness and stress (for all involved) of court action, I didn’t think I was boasting. That certainly wasn’t my intention, but I apologise if that’s the way it came across.

Secondly, we’ve done everything we could to help these people stay in their homes. Because we didn’t take a hard nosed approach and ask them to leave the day we bought the flats, we are literally out of pocket by £7,000 for that effort, broken down like this:

When was the last time you spent £7,000 trying to keep someone in their home?

On top of these direct costs, we tried as hard as we could to find an investor to buy these 2 tenanted flats. One of the key problems was that the rent they were paying was 25% below the market rent for those flats, as the previous landlord hadn’t kept them up-to-date with current market rents, and that scared investors off. However the tenants weren’t prepared to entertain the idea of such a massive rent increase, which was understandable. As a result, when the previous landlord decided to sell, he made their eviction inevitable.

The only investor offer we had for the flats, which came with no guarantee that the tenants would be allowed to stay, was so low that the deal would have made no profit at all. As a self employed property investor, my profit = my salary and I’m afraid I have to feed my family and keep the lights on just like everyone else, so that wasn’t an option.

My conscience is clear that we went above and beyond what most reasonable people would do to help these tenants, and as I said, are £7,000 out of pocket as a result. That’s a decent second hand car, or a cruise round the Caribbean kind of money we’re talking about, so no small investment in good will.

Thirdly, was the way he handled the situation. If I had a long term friend that appeared to write something that offended me so much I felt I didn’t want to speak to him any more, I’d pick up the phone and bloody well speak to him about it! Facebook is not real life. Defriending someone on Facebook whilst you’re in a huff is a meaningless act. Honestly I didn’t even notice it had happened, I only found out when some weeks later a mutual friend mentioned he’d seen his rant about it and guessed he was talking about me. Of course the way he span it, all his friends think I’m evil incarnate (I won’t repeat here the names I was called) so I do appreciate the fact that he didn’t name me directly.

I’ve had my phone in my hands many times whilst pondering whether to call him to discuss it, but then, if he didn’t think we were friends enough to bother picking up the phone and talking it over, perhaps I’ve completely misjudged this “friendship” all these years…? Maybe this irrevocable difference of opinion was inevitable…? Or perhaps now I’m just being the crap friend…?

Anyway, on the subject of the Bristol flats; all 4 have been sold and we’ve sold the freehold too. 3 of the flats have completed so we’ve been able to pay off Shawbrook’s bridging loan, with the last 1 going through conveyancing and we’re all aiming to complete by Xmas, so the freehold should complete then too. Inevitably everyone gets paid before the property investor does, so I’m still to see any actual profit out of this deal. I’ll give full figures for the deal when everything’s completed.

I must remember to tell you next time about a really important freehold Gotcha that I very nearly stumbled over regarding the selling of the freehold, and why you definitely want to exchange on it before you’ve sold the majority of the flats it relates to. If you’re selling a freehold in the mean time, get in touch ASAP!

This house has also sold now, but again is going through conveyancing, so I’ll return to this subject once that completes, which finger’s crossed, will be in a week or 2.

As I write this a section 8 eviction notice period expires tomorrow. This particular tenant has been a nightmare all year, honestly it’s embarrassing how I’ve managed to get myself into the situation where she owes me about £4,000 in rent. Considering the house only makes about £100 per month profit, that’s 3.5 years profit lost already, and that’s before the court and bailiff costs, and the inevitable refurb that will be required when she leaves.

This is another example of how I’ve tried my hardest to help this woman, giving her chance after chance to avoid eviction. It’s no wonder that older landlords are often cynical and jaded individuals, every time someone takes advantage of your trust and breaks their word, you become a little less likely to give the next person the benefit of the doubt.

When I speak to non-property people about things like this, they get very worried, but there’s really little to be concerned about. This is 1 (plus the 1 below) tenant out of many who do a fine job of paying their rent on time, in full, every month. In total my arrears rate over the last 3.5 ish years, is measured in a few % of overall rent. Of course that number could always be better until it’s perfect, but as long as you bake it into your figures that there’ll inevitably be some rent arrears, and the numbers still work, then there’s no drama, albeit it’s very annoying.

Which brings me nicely to my next cock up. Last update I mentioned my first tenant was going onto Universal Credit (UC) and I was helping him. Well I ended up sitting next to him 3 times in the Job Centre, literally telling him where to click and what to type as he had no idea what to do and the staff their we’re unable to give him the one 2 one help he needed.

The problem is as soon as I stopped holding his hand, he stopped going to his appointments so he got sanctioned, and for reasons I haven’t quite worked out and he can’t/won’t help with, he’s not getting any housing element in his UC either. As a result I’ve had next to no rent from him for several months either, and he’s currently over £2,000 in arrears. I’m afraid that no rent = no roof, so I’ve had to ask him to leave too. Despite promising to go by last week, he hasn’t left, so that’s my next headache. UPDATE: He’s surrendered his tenancy and given me the key back, marvellous. I always offer my tenants £20 if they return the key to me, as it saves me a headache of changing locks etc, and so far that’s only failed to work once, last year.

To top it all off, I’ve been told that he’s made a complaint to the council about me! Though I have no idea what that could be for. Even the council’s Housing Solutions officer told me that she’d told him that I’d gone well above the call of duty in helping this guy, far more so than most other landlords would have. UPDATE: It appears that came to nothing as I spoke to the council and they’ve not received any complaint.

Like last time I’ll end on some good news. Whilst I had expected to have completed on the com2resi project by now (things always take longer than you’d like) so I could tell you all about it, we haven’t, but it’s very close. Last week a favourable valuation came in and this week the bank to OK’d the funds, and the remaining minor conveyancing snags were ironed out (utility bills, updated service charge accounts, and the like), so hopefully exchanging and completing on that is imminent.

I’ll put a note here to remind me to tell you next time about something really interesting I found out about restrictive covenants, that can make them unenforceable.

For Xmas please can I have:

That would be nice! 🙂

Next post: It is Impossible to Live Without Failing