I thought it was about time I uploaded the couple of photo’s I took of the Weightlifting Club I go to at Bethnal Green, London. This club has been in existence a massive 80 years, since 1928 and has produced literally hundreds of Olympic Weight Lifting champions over the years. It’s located at 229 Bethnal Green Road, London, E2 6AB:

The power lifting side is well coached by Marting and Ron, and the Olympic lifting side is coached by Giles Greenwood and Patrick Atteridge, both of whom are British champions and more. Pat is European and World masters champion and Giles not only has a Gold medal from the Commonwealth Games, but he holds the British records for Snatch and Clean & Jerk in the heaviest category. That means Giles has lifted more than any other British man ever! I am truly privileged to be taught by such calibre of coaches. 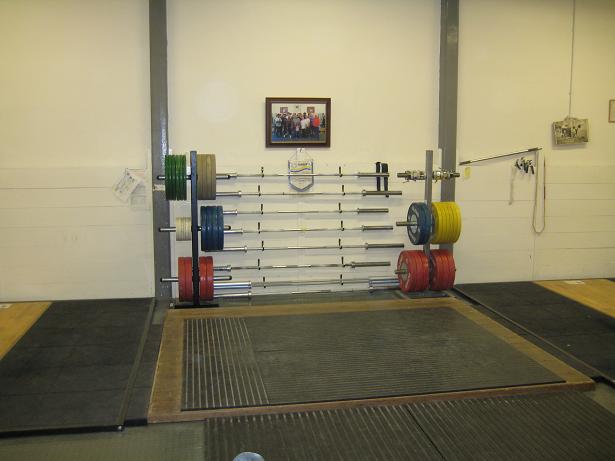 Typically you can get 2-3 people per lifting platform, so it does get busy during peak times, but they are normally able to cope. It’s not like a normal gym, you actually have to sign up for an Adult learning course at Bethnal Green Adult Education Centre. It’s a bit tricky to do this I found, but here’s what you need to do, search the Learning Ladder site for Weight and Power Lifting Courses Sadly their website is rubbish and you have to go through each entry to work out what day and when it’s on. In the evenings it’s also only open from 5pm – 8pm. Still if you can manage it, here is where you’ll end up: 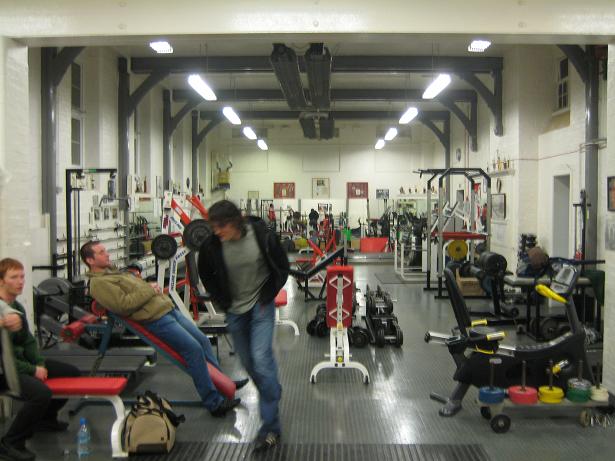 This is the main free weights area where the powerlifting goes on. That's Giles Goodwood darting out of the shot.

Tee hee, Giles wasn’t fast enough! You can see at the far end, there’s an area there which is often used as an overspill for the Olympic lifting, and in the bottom right corner is the rest of the smaller weight Eleiko plates.

As far as Crossfit goes, it’s possible to do some Crossfit Workouts if it’s quiet enough, which usually means in the last 1/2 hour before they shut at 8pm. There are 2 rowers but only 1 has the counter working. There’s only 1 pull up station too and it doesn’t lend itself to kipping pull ups due to various sticky out bits, but it’s possible. I’ve done some Crossfit workouts down there, and the coaches and denizens are politely tolerant. Mostly they are happy to see another group of people interesting in Olympic lifting.