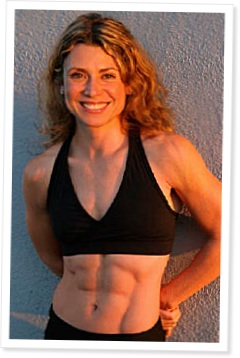 I really can’t make up my mind if I think that New Year’s Resolutions are: A) A load of old cobblers, or B) A useful annual reminder for self improvement. Some years I don’t bother and some I do, like this year for example. However I do know that written goals can be a powerful thing, and I also know that sharing your goals brings culpability, so thanks for reading this as your participation will help me to achieve my aims.  In fact, if you feel so inclined, you can do be a huge favour, I want you to hold me to account an what I’ve written below and challenge me if I don’t do it.  Feel free to let me know you will to.  😉

Without further preamble, I’m going to dive straight in and list this year’s resolutions, in no particular order:

Taking these in turn then:

I drink too much, simple as.  If I realistically think about what might kill me first, I’d put some kind of liver issue top of the list.  I’m not going to say how much I drink, partly because it varies from week to week, but also actually I think I’m probably rather ashamed of the truth. It is something of a middle aged man’s disease and there have been times when I’ve wondered if I’ve got a problem.  I don’t think I have by the way, but the thought has occurred to me and that in itself is warning enough.

Indeed December has not been a good month at all on the booze front.  Hangovers over Christmas are one thing but when you’ve had a bad day at work, buying a bottle of wine on the way home is never a good idea.  Whilst it may take your mind of things in the short term, alcohol is a depressant I’ve not felt good this last month and the booze has contributed, not helped that.

Now giving up completely sounds rather drastic and maybe it is, but it’s also a reaction to knowing myself.  I know I can have an obsessive compulsive personality and I struggle to do things by halves.  I know that if I have a glass of wine, I’ll drink the rest of the bottle for example.  Or that if I have a drink today, I’m more likely to want one tomorrow.  As a result, I can control myself better with abstinence than with moderation.

So that is what I’ll do, no more wine, cider, beer, spirits, or any other form of alcohol for a year.  Then I’ll see what I will do in a years time.

This is in some ways both more and less controversial.  As I’ve posted previously about paleo eating, my diet is 90% sugar free anyway, but it’s that 10% that has got out of hand.   Ironically going hand in hand with the all too frequent trips to the off license for a bottle of wine, first there was one chocolate bar, but that soon became 2, then 3, then 1 of the big ones, then more!  It’s not just chocolate either, I can easily dispose of a litre (2 pints) of ice cream all to myself of an evening.

The really sad reality is, that the sugar never satisfies me.  I am satisfied only whilst I’m physically chewing it.  The moment I even thing about swallowing, I’m already reaching for the next bite, and I’ll do that till whatever I’m eating is gone, usually in less than 5 minutes from start to finish.

wrote a great article entitled Getting off the Crack in which she equates sugar to crack, and I really think it is that addictive.  And you know what?  It’s ok to be addicted to sugar! In fact, we have a million years of evolution that has highly specialised your body and taste buds to seek out and crave the stuff, so it should come as no surprise to anyone who finds themselves binging on sugar occasionally, or *cough* more regularly.

As with my reasons for going cold turkey with the sauce above, I have similar issues with sugar.  Not only does it not satisfy me, it doesn’t make be feel good about myself.  Also that’s the whole putting on weight issue that comes with the empty calories with alcohol and chocolate etc brings.  I can tell you know, I weigh more today, on the 1st Jan 2010 than I have for over 2 years, and that’s not good.  I certainly don’t have the abs that Nicole had, but I’ll find those suckers!

I honestly think dealing with (1) and (2) will drastically improve my state of mind and feeling of well being… but why does it need improving?  The honest answer is I’m not currently happy with the way life is panning out.  Yes I have marketable skills and earn a very good salary selling my soul, but there are 2 major problems: 1) It’s desperately dull work and 2) In order to get the best freelance rates for my skills, I have to work away from home, and I miss my family terribly.

There is a solution though and the annoying thing is, I’ve known about it for some time: this wonderful thing called the internet.  Sure everyone things about making money online, but the annoying thing is, I know how to, I just don’t do it.  Let me give you one example: I had an idea 12 months ago, on which I spent 1/2 a day researching it, I paid someone £50 ($75 USD) to do a bit of work for me and spent another 1/2 day getting it up online.  I then left it untouched for 12 months.  To day, that one small and insignificant idea, has made me £250 (about $400 USD).  That’s a 500% return which is completely zero touch and I have no reason to believe that same idea won’t make the same money next year.

Ok that’s small fry, so here’s another example.  2 years ago I setup an eCommerce store selling drop ship items.  My site took the order and some other company delivered that to my client.  In the first month I turned over £15,000 (about $22,000 USD)!  My profit margin was about 20% and I was quite pleased, but for several issues, the most serious of which was a new UK law that made it illegal for most of my target market to buy what I was offering… doh!  And no, it was nothing dodgy, but a fall out of the climate change Kyoto agreement on green house gasses.  Bummer.

My point is, I know how to make money online and I have a list of ideas as long as your arm, ideas are easy to come by.  Even this insignificant blog makes 3 figures a year off the adsense (the Google adverts) from people who are kind enough to click them.  What I lack though is the motivation to implement them.  OR more specifically, when I come home from a job that bores me, with a bottle of wine and a fist full of sugar… motivation is very low to spend more hours sat in front of my laptop on my own in my small room in my digs.  And at the weekend, I want to spend time with my family, not shut up in my study.

So…. I’m giving myself a year to be earning enough online cash to be able to give up work.  Note, I’m not going to try to match my current income from consulting in 12 months, I think that’s unreasonable, but I should be able to get to the point where I’m making a take home profit enough to justify quitting work.  I’m going to define that as £100 per day and because we’re talking about the net, that’s 7 days a week not 5 for an office job, i.e. £36,500 (about $50,000 USD).  Again, I’m not saying I have to have earned that in 12 months, but be earning at that rate per day by 31st Dec.

Now to the hard part, what am I going to do to make this happen?

I’m going to be mean and say: I’ll tell you later!  Due to the length of this post (and the fact it’s nearly midnight), I’m going to split this post into 2.  I will give a detailed explanation of how I’m going to give up work in 12 months in my next post in a few days time.

I hope that 2010 is going to be as exciting for you as it is for me. Don’t forget, if you want to help me out then do so by letting me know that you will hold me to account on these commitments.  Feel free to ask me how I’m doing, on a regular basis.  I will as ever, answer honestly.