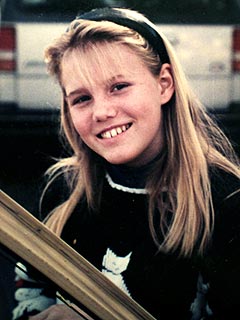 The astonishing story of 11 year old Jaycee Dugard’s abduction, 18 year captivity and eventual escape is so rare and so horrific that it’s been headline news throughout the world. It’s coincidental timing then that the same weekend that sees me assisting on another 2.5 day PDR self defence course with Tony Blauer, Jaycee launches her book: A Stolen Life.

I say it’s coincidental because Jaycee Dugard’s story can be instructive from a self defence perspective. Before I go into this though, it’s important to bear in mind that Jaycee’s story is extremely rare. Child abduction is typically done by a family member and it’s quite normal for the abducted child to be found unharmed. Total abduction by a complete stranger is rare, which is exactly why we get to hear about it; it’s only extreme events that make the news. It does happen though. This time last year in my own town of Stockport, there were 4 attempted abductions of young children off the street in a week! Below is a snippet of Jaycee’s interview by ABC News and there are 3 points I want you to pay particular attention to:

1) @ 3:55 Jaycee tells how the car pulled up with her abductors in (the married couple Phillip and Nancy Garrido) whilst she was walking to school. When Phillip Garrido wound down the window, Jaycee approached the car as she assumed he was looking for directions and was close enough for Phillip to stun her with a stun gun.

2) @ 5:39 It’s actually the interviewer that gives us an important fact when she says: “120 miles later the car stops in front of this house on a neighbourhood street, Garrido tells her to be quiet.”

3) Jaycee picks up the story and goes on to say: “Kidnap is ransom right? Yeah. No! Not always.”

Watch the extremely brave interview and then I’ll come back to the points I want to make:

So point (1) is fairly obvious: It should be a no brainer to teach kids not to approach too close to a car that stops by them in a street and a man (or woman) calls them over. Note I’m not saying “don’t talk to strangers”, I actually believe kids should be encouraged to talk to strangers. I know this sounds crazy but let me qualify it. Children should be allowed to talk to strangers in a safe and controlled environment, for example whilst in the company of a parent or responsible adult, and to learn from the experience.

The encounter should then be discussed afterwards with questions along the lines of: “How did that person make you feel? Were you comfortable or wary of him? Why is that? Does it follow that a nice person is also a good person?” In this way, children can be encouraged to tune into and listen to their instincts about someone, so if they ever do find themselves in a situation where they have to interact with a stranger, they are better armed and prepared to deal with the situation. In the Personal Defense Readiness (PDR) system, we teach our students the 3 I’s:

Point (2) however is more profound: at the point of transitioning from the car to the house, Garrido told Jaycee to be quiet. That was his mistake and should have been a clarion call to Jaycee to potentially do the exact opposite. To be honest, knowing what I do about human psychology, sadly the chances of intervention by a passing neighbour would have been remote, but maybe shouting her name would have prompted someone to remember her struggle when the story broke on the news, who knows?

There’s no point second guessing, but there’s a very important principle here. When a bad guy tells you to do something, they are really telling you what they are afraid of and you need to hear that as an opening to do the exact opposite! If you’ve been grabbed and your attacker says: “Come quietly and you won’t get hurt.” that could be your cue to make as much noise as you can. One of the 3 things a bad guy doesn’t want is they don’t want to get caught. If you can increase the chances of that, you increase your chance of escape.

This leads nicely onto my third point, Jaycee assumed she was being kidnapped for ransom; I wonder how long it was before she realised her mistake? There are only ever 3 things a bad guy wants: your body, your property or your life. Knowing this can help you make a good decision on how to act. Jaycee guessed it was property (ransom) but sadly got it wrong, it was her body Garrido wanted. If she had realised that from the start, perhaps that would have been more ready to act on any opportunities that presented themselves. 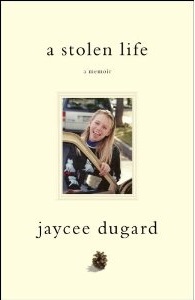 It’s all very well me sitting here with 20:20 hindsight however and saying what Jaycee perhaps should and shouldn’t have done, but that’s not what I’m trying to do. When faced with an assault, only you know all the facts, only you know your own emotional and psychological state and so only you can decide what is possible and what is the right thing to do in a particular situation. No self defence instructor should tell you “When the bad guy does A, you do B.” because the scenario dictates everything, and that scenario includes your own mental state.

At the end of the day, as harrowing an ordeal as it was, Jaycee Dugard is alive and physically well and here to tell her story and her abductors are languishing behind bars. From a certain perspective, that can be considered as happy an ending as was possible in the circumstances. I can only admire Jaycee’s resilience and bravery in the face of what she endured and from a professional perspective, I look forward to reading her book in full.