No Charges Against Man who Stabbed Burglar to Death 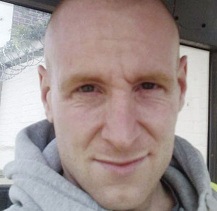 It’s the classic nightmare scenario: it’s nearly midnight and you’re asleep in bed at home and hear noises downstairs. You go down to investigate and are confronted by 4 masked men in your house, one armed with a machete. In the struggle that ensues one of the burglars is stabbed in the chest. His 3 accomplices drag him outside but leave him in the road as they flee. The burglar (John Bennell was his name) dies. But when the police come, they arrest you for murder! 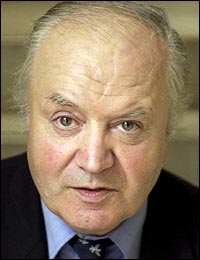 The above story happened to Salford/Manchester man Peter Flanagan who along with his son Neil and girlfriend were all arrested, this week learned that the police would not be pressing any charges against him despite the fact that he admitted stabbing and killing 27 year old John Bennell. We’ve all heard stories of people doing what Peter Flanagan did; remember Tony Martin, the Norfolk farmer who shot and killed 16 year old Fred Barras with a shotgun when Fred and his accomplice broke into his house? Martin was originally sentenced to 10 years in prison for murder, eventually serving 3 years inside after the conviction was reduced to manslaughter on appeal.

So why did Peter Flanagan get away with killing a burglar whilst Tony Martin was charged, convicted and served time for doing the same thing (albeit with a shotgun)? It all comes down to that elusive concept of “reasonable force”. These are the words of Nazir Afzal, Chief Crown Prosecutor for the North West:

“I have today told the police of my decision that Peter Flanagan should not face any charges in connection with the death of John Bennell, an intruder who broke into his home in Salford on 22 June. John Bennell was stabbed in the chest by Mr Flanagan, and died from his injuries shortly afterwards.

“I am satisfied that Peter Flanagan acted in self-defence after being woken by noises downstairs in his house shortly before midnight. On investigating the disturbance he was confronted by intruders, one of whom was armed with a machete.

“… In a case such as this I have to ask myself whether the use of force was necessary and whether it was reasonable in the circumstances.

“People are entitled to use reasonable force in self-defence to defend themselves, their family and their property. All the evidence indicates that in the frightening circumstances that he faced, Mr Flanagan did what he honestly and instinctively believed was necessary to protect himself and his home from intruders.”

You’d be hard pressed to find many people who wouldn’t agree that Peter used reasonable force in this situation, but interestingly UK law does not actually say that you must use reasonable force, and this is where many people get confused. Here are the (paraphrased) principles that the Criminal Justice and Immigration Act 2008 says must be the case for you to successfully claim you acted in self defence, you must have:

1. Acted instinctively.
2. Feared for your safety or the safety of those around you.
3. Or be enacting a lawful arrest.
4. Used a level of force used was not excessive, in the circumstances as you believed them to be at the time. 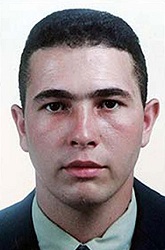 Note point (4), somewhat counter-intuitively it’s actually ok to use excessive force, as long as you didn’t realise it was excessive at the time. Or put another way, if you genuinely believe you were using reasonable force, even if in hindsight you were mistaken and actually used excessive force, you can still successfully claim you acted in self defence. Think back to the shooting of Charles de Menezes, an innocent man who was shot 7 times in the head because the firearms officer believed he was a suicide bomber, a mistake that was only discovered later. 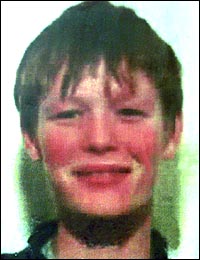 As it happens I think the force Peter used *was* reasonable, given that John Bennell (or one of his accomplices) was armed with a machete, and clearly the Chief Crown Prosecutor agrees. I would suggest that it was Tony Martin’s illegal shotgun, the traps he’d set in his house against burglars and the fact that he shot Fred Barras in the back as he was fleeing out the window, that probably sank his self defence claim! He clearly fails all of the above tests.

We have essentially been talking about what Tony Blauer’s Personal Defence Readiness (PDR) self defence system calls “the 3rd fight”. In any confrontation there are usually 3 fights which all affect each other:

1. You vs your own mind (are you psychologically & emotionally ready to defend yourself).
2. You vs the bad guy (the actual physical encounter).
3. You vs the legal system (often these days as caught on CCTV).

If you are worried that you can’t do this or that in a fight, because it might be seen by a court as unreasonable, that affects your ability to fight effectively. Whilst talking to my daughter just this week about how to protect herself if someone’s trying to grab her, I discussed eye gouges. “But that might blind someone!” she said. That’s a component of the 3rd fight, but if you believe you’re in a fight for your very life, there can be no limits and you must give yourself permission to do anything and everything necessary to survive.