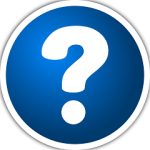 There’s a saying in the IT world: “If it ain’t broke, don’t fix it!” or perhaps that’s just the advice my Dad gave me.

Either way, I failed to follow that advice and things have gone wrong. An innocuous little tweak has ended up with over half of the posts on this site disappearing.

Oddly (or typically if you work in IT) reversing the very small change I made does not seem to solve the problem, which is a major pain.

Not to worry, I do at least take regular backups of this site, so it should just be a matter of restoring from the backup immediately prior to the change I’d made. Unfortunately, nothing in IT is ever that simple. I kept getting WordPress backup import restore errors like this:

For some reason the backups I took duplicated many of the comment records, actually in the .sql.gz backup file. I have no idea why this happened, but I had to manually remove the duplicates by deleting one of the offending duplicate INSERT sql statements. Here’s an example of an offending line (email address changed):

The really annoying thing was that there’s no way to tell which comments were duplicated without just trying to do the import. This was the process I had to follow, on the database’s Import tab in phpMyAdmin from the cPanel:

That’s it, for each duplicate, of which there were over 10!

Anyway, the long point of this post is that if you posted a comment on this bloc between 22nd May and 23rd June, it’s probably gone. I’m very sorry about that, as I do appreciate and read every comment that’s posted. Please re-post it.

Next post: The Fat Tide Has Turned – Fat Is Good For You!