The Fat Tide Has Turned – Fat Is Good For You! 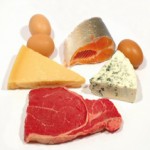 Ok I’m calling it: The War on Fat is over. And guess what? Fat won!

There’s been lots of strange coincidences this week, firstly I did some research for someone who basically didn’t believe me or my bookshelf of books that fat wasn’t bad. So I provided 3 scientific studies doing real science (not Daily Mail articles trying to sell papers) that demonstrate that fat is not the big meanie poo poo head everyone thinks it is. See below for those links and quotes.

Then National Geographic publish the article Is Fat Our Friend? in which the author acknowledges that we’ve got it all wrong, but still can’t quite bring herself to call it.

The 23rd June edition of Time Magazine has an article called Ending The War on Fat, which sadly isn’t wholely online unless you subscribe.

And today I’m sent a link from South Africa about Tim Noakes, a celebrated fitness guru who turned his back on his carb-loading fuelled fitness regime and now promotes a high-fat diet, becoming South Africa’s best selling author in the process, much to the chagrin of his former peers.

The fact is, fat is not the great evil you’ve been told. To my knowledge, it’s never been proven that saturated fat on its own increases the risk of dying from heart disease. Sure it’s been shown that some people who eat a lot of saturated fat, have an increased risk of cardio issues, but these people also eat a lot of processed carbs and refined sugars in the “Do you want fries with that?” and “Do you want to super size your coke?” vein.

It’s never been shown that cholesterol causes heart disease either. Yes they’re correlated, but there’s no evidence that cholesterol in the blood is the cause. Take this study that concludes:

The concept that LDL is “bad cholesterol” is a simplistic and scientifically untenable hypothesis… Independent-thinking practitioners must look at the readily available evidence for themselves, instead of relying on the continual stream of anticholesterol propaganda emanating from “health authorities.” By doing so, they will quickly realize that the LDL hypothesis is aggressively promoted for reasons other than public health.

I contend that what causes heart disease, also causes cholesterol: inflammation resulting from excess carbs. In fact cholesterol is the sticking plaster your body uses to patch up the damaged arteries. Cholesterol is trying to save you! (And don’t get me started on calories.)

Now for those studies that back up that dietary fat is not correlated with weight gain:

From the US National Library of Medicine National Institutes of Health: Dietary fat is not a major determinant of body fat

> “fat and prevalence of obesity have not been positively correlated”
> “fat consumption within the range of 18% to 40% of energy appears to have little if any effect on body fatness”
> “Diets high in fat do not appear to be the primary cause of the high prevalence of excess body fat in our society, and reductions in fat will not be a solution.”

From the American Journal of Clinical Nutrition: Dietary fat intake and subsequent weight change in adults: results from the European Prospective Investigation into Cancer and Nutrition cohorts

> ”We analyzed data from 89,432 men and women”
> “no significant association was observed between fat intake (amount or type) and weight change”
> “These findings do not support the use of low-fat diets to prevent weight gain.”

From the New England Journal of Medicine: Weight Loss with a Low-Carbohydrate, Mediterranean, or Low-Fat Diet

But don’t take my word for it, or the word of Time Magazine, or National Geographic, or any of those pesky “scientists”. I am a huge proponent of self experimentation. Try it for yourself. After years on a high saturated fat diet, I decided to get myself bloods done to see if it was really true that a high fat diet causes cholesterol. Here’s what happened:

My Results After 4 Years on a High Fat Diet