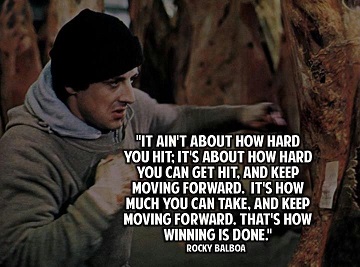 I hope you had a pleasant summer. I’m not sure I can say I had a pleasant one, as once again summer has passed me by without a holiday, but it’s certainly been a busy one. One day I’ll make it up to the family and we’ll have some nice family holidays, but at the moment there’s far too much to do. (I should point out that the wife and kid have both been away, just not me.)

Given that so many people are away over the summer I didn’t bother with an August update email, so this one covers August and September.

Failures
One of the interesting things about listening to people in property, is you mostly only get to hear about the success stories. I’m trying not to do that and detail the failures too, because behind each success story are a dozen+ failures. Well failures might be too strong a worried, I’m talking about deals that didn’t come off; dead ends if you will.

The issue was, they’d been converted into flats with no planning permission just 2 years ago, the vendor was lying and saying they’d been flats for at least a decade, but there were several bits of evidence suggesting otherwise. The most compelling of which was the Valuation Office Agency (VOA) who are the gov’t body that sets the Council Tax list. Here’s a great tip: call them up and they’re happy to tell you when a property was first registered for council tax, June 2013 in this instance, certainly not a decade.

I considered going for retrospective planning, however unlike other properties along that road, these had double yellow lines out the front and no parking of any kind, nor any space for bike parking. The conversions were also very poorly done with no thought to building regs. As soon as the council come round, they’d slap an enforcement notice on them for sure.

Dead Ends
The reality is, property life is full of these dead ends. Take Susie Cole’s excellent sourcing business: The Good Property Company. They sourced/bought some 55 houses last year, about 1 a week. Sounds great right? But their sourcer Ash views and offers on 25+ properties a week, plus bids for 4-6 properties at auction each month. So they are only buying about 4% of what they go for. Or put another way, 96% of his work turns out to be a dead end!

I’ll be honest, it’s taken me some time to get used to this. I don’t think anyone likes doing work and investing your time into something that comes to nothing, and it can get disheartening when days and weeks go by and nothing seems to be coming off. But then perhaps that’s what separates the hobbyist from the professional? What was that pearl of Rocky wisdom? It’s in the picture at the top of this post.

Bristol Flats
And so I’d better mention the 4 Bristol flats, which have also fallen through, well kind of. Long story short, the vendor dropped down dead the day before Exchange and Completion of the purchase. It’s terribly sad for his family. Worse, it seems he didn’t have a will, so the estate has to go to probate, which is likely to take to next year now. I know, you couldn’t make it up!

We’re still confident that deal with come back, but it’s created a cash flow issue for me, as I’ve got the cash earmarked for that deal in the bank… what do I do with it in the mean time and how long do I wait for a deal that may not come off? There’s a cost to keeping underutilised funds, but if I sink it into another deal and these flats suddenly come back, I have to go off and raise that cash again. Oh decisions, decisions.

Property Sourcing
There are other deals that I’m looking at, I’ve been to see another small block of flats in Manchester that are all tenanted and look interesting, it’s early days with them still. Every week other possibles come in, e.g. yesterday I picked up a lead on an unmortgageable property that got a zero valuation by a mortgage company. Perhaps that’s a good purchase for someone with cash in their pocket doing nothing… oh, hold on! 🙂 I’m going to arrange a viewing as soon as I can.

The direct to vendor stuff has taken a back seat over the last couple of months and that’s something I definitely want to improve on towards the end of the year. One main reason is that January is a monster month for direct to vendor deals, simply (and sadly perhaps) Christmas is the time most couples decide that they’ve had enough and they want to split up.

Also allegedly December is a slow month for repossessions as banks are more reluctant to evict little Johney just before Xmas, so January sees a bumper set of repossessions too. As a result, I want to start getting my signs and marketing out in the run up to Xmas, so they’re already in the public’s subconscious come January.

LHA HMO
The LHA HMO continues to be a high yielding pain in the backside. New for this month is one of my tenants getting beaten up and stabbed with his own screwdriver in what I suspect was a drugs debt related beating. So an hour before showing a potential new tenant round, I was cleaning the blood splatter off the landing walls, stairs, hallway and front door! Ah the glamorous life of a landlord; they don’t tell you this stuff at landlord school, hoho.

Lease Options
The 3 Bury flats deal is *still* dragging on, for some reason the vendor just can’t quite seem to commit and sign the contracts, which is highly frustrating to say the least. That’s another deal that’s had weeks of my time in since January and if that all falls apart, I’m going to be mightily annoyed.

On a brighter note I’ve taken on a small portfolio of 6 lease option properties in Liverpool. I had to buy this deal so it’s cost a pretty penny, but there are 6 decent houses, 4 with long term tenants in (3, 7, 10 and 15 years respectively!) and 2 that are vacant and need minor refurbs before letting / selling.

The Return on Capital Employed (ROCE) is in the region of 40-50%, plus there’s built in equity on day 1 of about twice my investment, so I’ve doubled my money from the start, on paper at least. It’s been quick to seal the deal: just a few weeks, and I haven’t had to go through the hassle of getting my own mortgages.