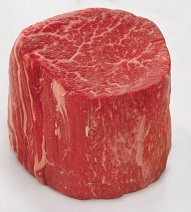 It’s a lovely time of year with the autumnal colours and piles of leaves, well so people tell me. Personally when I see those leaves blowing about, it just makes me worry about blocked and overflowing gutters!

The observant amongst you will notice there was no October Update. Actually this is the October update, but as I’m putting it out in mid-November, I decided to change the title to November Update. Radical huh?

Whatever it’s called, this update covers deals that didn’t happen, deals that did happen, and more hilarious stories from my LHA HMO.

Building on the surprisingly favourable praise I received for publishing some of my failures last month, I thought I’d start with more stuff that’s gone wrong. Everyone likes a bad news story right?

First up is the pub to 6 flats conversion that I’ve mentioned several times: that’s fallen out of bed. It turns out I wasn’t talking to the decision maker, and when it came down to an offer, the guy I’d been speaking to had to consult with the guy holding the purse strings: he said no.

Lesson 1: When doing any kind of business, not least negotiating off market property deals, make sure you’re talking to the decision maker. A nice phrase to tease out any other decision maker that I learned from Rick Otton (but clearly completely failed to use!) is this: “Is there anyone going to help you make this decision?” So this deal goes back in the hopper: once a month I’ll call the guy and see if things are moving or not.

Second is missing out on a cracking deal: 12 flats came up in auction with a guide price of £400k and an annual rent of £50k. I figured they were worth a bit over £1/2M, but they are a fair distance from me, 2 hours in rush hour and I wasn’t that interested, as I figured they’d go for £450k ish in the aution.

When I checked for unsold lots after the auction, I discovered they hadn’t sold and were available for £400k. Now (stupidly) I did some proper due diligence and realised that a realistic valuation based on selling each flat indivually was £600k, plus the freehold which would be worth about £30k. Also the £50k rent was low, and could be bumped up to £55k without too much trouble.

With possibly £230k ish equity in the deal, £400k was suddenly looking very attractive. I called the auction house… it had been sold that morning, argh!

Lesson 2: Invest the time in doing proper due diligence *before* the auction, and go and bid anyway, you never know, occasionally things don’t sell for what you expect.

Other Deals That Didn’t Happen (Yet)

9 Bed HMO: This was a deal that was brought to me by a sourcer as a 90% finished conversion of a 9 bed HMO. Why was the owner selling? Because he needed cash for 2 other deals that were more lucrative, allegedly. A bit of research revealed that there was no planning permission for this large (sui generis) HMO. As it was over 3 floors it would require a mandatory HMO license, which hadn’t yet been granted. Worse though was that it was listed building and there was no consent from them either. One to avoid, unless the price drops significantly.

The 4 flats in Manchester have gone cold as the vendor isn’t replying to messages anymore.

The vacant building I’ve been trying to buy for 3 months and turn into a couple of 1 bed bungalows, is still ongoing as they company that owns it has yet to make a decision if they want to sell it or not.

The 4 Bristol flats are still waiting the grant of probate so are still months away.

Another deal that came my way is a large 5 bed semi that’s been derelict for 14 years; I was contacted by the owner’s son. A long story short: I’ve put an offer in and am awaiting a response, however the council have been maintaining the premises for the last 10 years and have put a charge on the property at the Land Registry for their costs, which currently amount to nearly £25k!!

I also walked away from another lease option deal for 8 flats. I won’t say anything more as they’re currently still on the market.

The world of property is aghast at the Chancellor’s surprise reduction of Mortgage Interest Relief, and I’ve already had small time landlords call me asking if it’s worth keeping their properties. I expect there to be some correction in the market as landlords with 1-3 properties AND high earning jobs, are likely to sell.

New landlord legislation came in on 1st October, making it harder again to evict tenants by serving a section 21 notice. There’s more red tape to do at the start of every tenancy too, with more paperwork to hand out. Also the rules on smoke and CO detectors has been tightened. I won’t bother repeating it all in detail here, if you’re not aware, remember even if you use a letting agent, it’s YOU as the landlord who are responsible.

Some people will be aware that there has been temporary office to residential Permitted Development rights that were due to expire in May 2016, well it’s been announced that these are going to be made permanent.

I’ve evicted my heroine addict and prolific shop lifter tenant who is currently serving his 3rd jail term this year. His parents and sister came round to collect his things, such as they were. They were hugely apologetic about him and his behaviour, but most interestingly his sister is a medical doctor at a local hospital! It just goes to show that kids from the same upbringing can go in completely different directions.

Some of his more colourful moments were when he stole all the fillet and ribeye steak at the local supermarket to sell for drugs. The annoying thing was I went that very day to buy some to cook for valentines day and they didn’t have any. That’s right, my tenant stole my fillet steak! Another time he tried to sell his drunk and unconscious girlfriend’s father’s S-Type Jaguar keys to me for £1,500! Comedy gold.

Another tenant has gone AWOL and not been seen for a month now, nor has his mother heard from him, and worse now his housing benefit has been suspended. Annoyingly however there is evidence that he’s coming back, but is not replying to texts and every time I call his phone is off.

Despite all that doom and gloom, there have been good bits (not that looking at deals and deciding not to do them isn’t good, it is).

The 3 lease option flats in Bury have finally been signed. It’s taken an unbelievable 10 months to get this deal across the line, but we’re finally there and I’m in the process of taking over the mortgage, insurance and council tax payments. In comedic timing, the week the signed paperwork turned up, 2 windows were smashed by local oiks which we’re now on the hook for to replace; don’t you just love property?

OMG how can a simple no chain purchase of a 2 bed flat from another landlord possibly have taken 4 months?!? I’m never using that solicitor again; utterly shocking.

However it’s done now. It was a recently build flat, less than 20 years old, with a tenant who’s been there 5 years already and will continue. All paperwork has been done and the first 6 months rent has been paid in advance, which is nice. The numbers on that are:

I’m most of the way through the refurb of one of the empty properties in liverpool, and possibly have a buyer lined up for the one I want to flip. If not, I’ll just refurb that next and flip it, probably in January now. The handover of the 4 tenanted properties has started with Venmores, though the jury is still out on how that’s going.

Lastly I was pleased to help a friend save a deal that has £40k profit in it, by giving him advice on how to solve the major problem with the lease that was looking like it was going to derail the whole deal. I’m bored of writing now, ask me about it next time we meet if you’re interested in the details.

I’m not sure if there’s going to be a December update, depends on what happens in the next 4 weeks I suppose! If not, have a great Xmas and see you in the New Year, I’m quite looking forward to looking back at how things have gone this year.