In the new year, it’s never a bad thing I think to look back at what you’ve achieved last year to objectively decide if you think it’s been a good year or not. It’s something I try to do every year, and I did last year.

To be honest I felt last year was pretty torrid, at least that’s how I felt. But I put that down to doing a job I wasn’t enjoying and living away from home all week. In fact, if I look at what I achieved last year in terms of personal advancement, 2010 was a pretty damn good year! So, in chronological order: 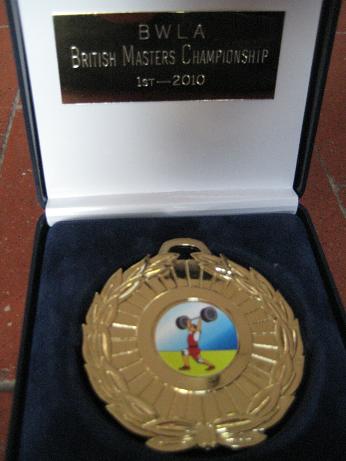 It took a couple of years of trying (I came second in 2009) but I did manage to become a British Masters Champion in a recognised Olympic sport, which is pretty cool. There’s some video here. Of course focusing on the weightlifting, my CrossFit and all round fitness suffered. And if I’m honest, despite following a Hungarian weightlifting training program, I got pretty bored with weightlifting. It’s just simply not as much fun as CrossFit workouts or exercises!

This was a life changing event for me. Not only has my own feeling of personal safety gone through the roof, I am now helping others learn how to stay safe whilst out and about, and that’s a precious feeling indeed. Already one of my students survived a real life abduction attempt whilst on holiday in Bulgaria! (I hope to get a video interview of that up later this month.) 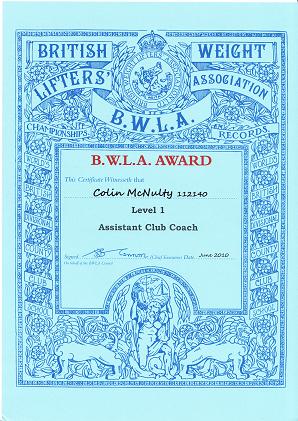 June was a busy month. After all the Olympic weight lifting I’ve done, it seemed silly not to get a recognised coaching qualification from the British Weight Lifting Association (BWLA). You can see a review of the BWLA course here. 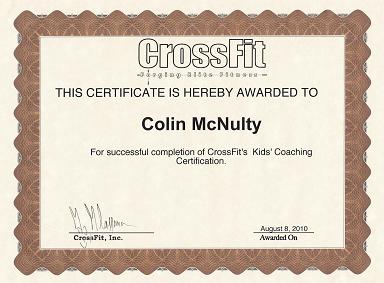 It was an absolute pleasure to have the whole Martin family over from CrossFitKids.com to put on a cert in Manchester. They are a great bunch and a real testament to what CrossFit has to offer the young generation. It really spurred me on to upping the training my daughter gets and as a CrossFit Kids Trainer myself now, I am better placed to help her. 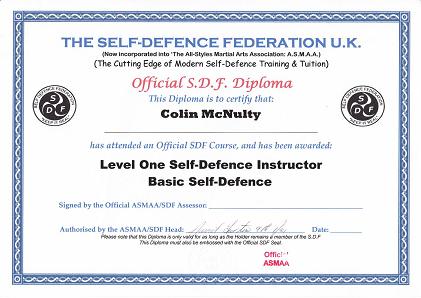 Needing some UK insurance for the PDR classes that Karl and I put on on a Monday evening, I joined the Self Defence Federation, which is now a division of the All Style Martial Arts Association (ASMAA) and became a Level 1 Instructor in Basic Self-Defence. 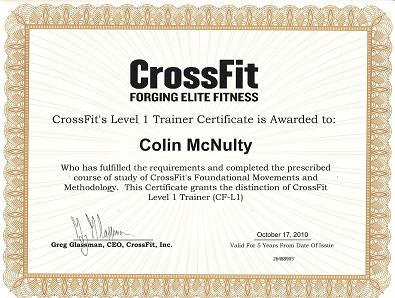 Actually this is a bit misleading. I became a CrossFit Level 1 trainer over 3 years ago at the first CrossFit certification ever outside of North America, and personally attended by Greg Glassman. However since then, they have introduced a test to the certification process. Not only that, they back-dated the requirement to take the test! So I had to take and pass a test for a course that I’d done 3 years ago! Not a trivial exercise I’m sure you can imagine, but pass I did, so I now have a spangly new CrossFit Level 1 Trainers certificate with another 5 years on it.

So all in all, it appears to have been a rather productive year and I can’t really complain now can I? It’s important to note however, that the goal of life is not to simply badge collect. By which I mean, certificates, diplomas, titles, qualifications etc are nice and all that, but ultimately labels are meaningless and the pursuit of them for their own sake is a vanity I’m glad I have little of. This post and the certificates I’ve collected tell a story of personal development and that’s what I enjoy. I don’t expect to ever stop learning, even the day I die, I’ll be doing something I’ve never done before! 🙂

Excitingly 2011 looks like being another good year for personal development too. On top of my New Year’s Resolutions, coming up this year already is:

It’s going to be another fun year!